It’s Summer in Australia, which for many tragic (or dedicated) sports fans means one thing; cricket, cricket and more cricket. From the Boxing Day test to the 2020 Big Bash series, Aussies love watching their favourite players annihilate the Kiwis, and seeing their state victorious over their rival at the end of the season.

With a new year upon us, many people are reflecting on the past 12 months, and making promises to themselves to ‘have a better year’, to ‘drop some weight’, and to make their health more of a priority. A new year is truly 365 chances to live your best life, and commit to a healthier you.

The Cancer Council South Australia has partnered with the Australian Cricket Big Bash League, with a cheeky fundraiser that will prove fun for everyone, while raising much needed funds for Australia’s second biggest killer, bowel cancer. The Cancer Council’s Undies Run will take place during the BBL game between the Adelaide Strikers and the Melbourne Renegades on January 12. All funds raised during this even will go towards research, advocacy and support programs for South Australians impacted by bowel cancer, which is the second leading cause of all deaths in the state.
All you have to do is register, fundraise your little heart out, and on game day, rock up in your brightest and best undies for a fun-filled event.

At the time of publishing, more than $21,000 had already been raised. If you’re not a runner, or, gasp! don’t wear undies, then you can sponsor a friend or even donate to a random participant.

There are many symptoms that indicate the onset of bowel cancer. These can include:

Additionally, there are a number of factors that predispose a person to developing bowel cancer, including being a smoker, being overweight or obese, excessive alcohol consumption, imflammatory bowel disease and a high consumption of red meat and processed meats. There is also a higher chance that you will develop the disease if you have an inherited genetic risk, or a family history of bowel cancer. 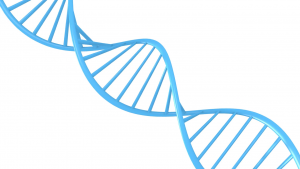 Although you may not be fully able to prevent the onset of bowel cancer, there are a number of precautions you can take, which range from simple lifestyle changes, through to discovering your genetic predisposition to the disease, with a simple DNA test from GTL Australia. The Cancer Panel Genetic Predisposition Test assesses against more than 90 hereditary cancers, including bowel cancer.

So celebrate the new year with an undie run to raise money for bowel cancer, and become aware of your body, and take note of any changes in your colorectal health. Check your predisposition to bowel cancer with GTL Australia, and you will be well on your way to saving the lives of others and maybe even yourself.