Be Breast in Show this October!

Breast cancer is the most common cancer in women, affecting around 13% of women in their lifetime. Although rarely seen in men, it does exist, affecting around 1%.
Despite a marked improvement in survival rates for breast cancer, it still has the capacity to change, impact and devastate the lives of many.
Of all the disease and illness awareness initiatives we have in Australia, none is more familiar, nor closer to our hearts, than that of Breast Cancer Awareness Month, which runs from October 1 – 31.

Breast Cancer Awareness Month puts the focus on the disease, those affected by it, and the research being done to help one day find a cure. The best chance to fight and survive breast cancer is early detection.
Women are encouraged to note any changes in their breasts, including:
• any kind of lump, especially if it’s only in one breast
• a change in the size or shape of your breast
• any changes to the nipple, including discharge
• a change in the skin texture of your breast such as redness or dimpling
• breast pain that doesn’t go away.
Early detection is often the difference between keeping or losing a breast (although sometimes, a partial or full mastectomy is the best or only option), and can even prolong your life.

GTL Australia can assist in the early detection process, with their oncology screening test which analyses the BRCA1 and BRCA2 genes. These genes are commonly called ‘tumour suppressors’, and mutations can increase the risk of breast cancer. Tumour suppressor genes essentially prevent cells from dividing too rapidly, so when a mutation of the genes occurs, there is a failure to control and protect the genetic material within the cells, which can lead to breast, ovarian, pancreatic and endometrial cancer.
As many as 5-10% of all breast cancers and 20-25% of hereditary breast cancers are caused by mutations in the BRCA1 and BRCA2 genes.

Research shows that people with inherited mutations in the BRCA1 and BRCA2 genes develop cancer at younger ages than those who do not have these mutations, so the earlier a test is performed, the better chance of an early detection and treatment.

GTL Australia’s genetic screening test involves a simple blood test, and using Next Generation Sequencing Technology, extracts the DNA from the blood cells, then analyses the BRCA1 and BRCA2 genes. It should be noted that the test requires a referral from your GP, but once you order the test, GTL Australia will send you all necessary paperwork for you and your GP to complete.
One woman who will be celebrating her triumphs and remembering her battles during Breast Cancer Awareness Month is Marilyn Jacobs. Marilyn knows first-hand how devastating a breast cancer diagnosis can be, on the individual, and to family and loved ones. Diagnosed at 68 after noticing something ‘not quite right’ during a breast self-examination, and knowing that she had a family history of cancer, Marilyn sought further clarification from her medical practitioner, and was eventually diagnosed with Grade 3 (high grade) breast cancer. 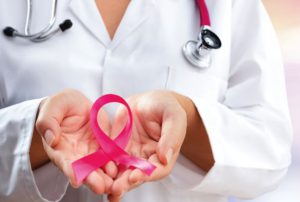 Marilyn’s first thoughts when hearing her diagnosis were, “If you’re going to get cancer then breast is best!” “I thought they’d just remove my breasts and I’d be done with it, and I’d get on with my life!”
Marilyn’s treatment included a mastectomy, coupled with more than five months of chemotherapy.
“There was so much support available for me during my treatment, there was information on wigs, support groups in my area, makeup classes for self-esteem, and even small things like a diary to record my journey. These groups do wonders for cancer patients and their families.”

Marilyn, like many other Australians, is looking forward to seeing progress in the field of research to directly target cancer cells, which would decrease the need for chemotherapy, a treatment she says is far worse, and brought about more changes to her health than the cancer itself.
“I think that my overall health has been the thing that has suffered the most, my stamina levels have never returned to the same level as they were pre-cancer, and I definitely have the much talked about ‘chemo brain.’”

Marilyn, like many other cancer survivors, would recommend genetic screening tests to anyone who wanted a starting point to make decisions about their health, as at this stage, the preservation of health is easier than the cure of the disease.

Take leaps and bounds to a healthier you! Painless Paternity Tests Provide Legal Accuracy and Peace of Mind

Take leaps and bounds to a healthier you!

Minds at ease – Screen for disease.