“Man finds out beloved son isn’t really his!”
“He’s not your son.”
We’re familiar with sensational headlines and statements like this, telling the stories of men who find out that the child they believed was biologically theirs, in fact, isn’t.

While misattributed paternity across society only accounts for between 1 and 3 per cent of all cases, this still leaves millions of children around the world being raised by men who have no reason to ask “Am I really your father?” When a relationship breaks down, things can sometimes become complicated and confusing, and some men can find themselves in situations in which they are required to prove their paternity.

There are various reasons that someone would request a paternity test, including child support claims and custody cases. DNA testing is the most accurate way of proving or disproving paternity, and in Australia, all testing must comply with the Family Law Act 1975.

GTL Australia offers a range of paternity tests that can assist in the process. The Home Paternity Test provides a simple, discreet way of testing for peace of mind, and is a premium comprehensive marker test in which both samples are compared for commonalities in the genetic code. Despite providing accurate results, it must be highlighted that this test will not be accepted in a legal court.

In Australia, almost all government departments require DNA paternity tests to be NATA accredited for the results to be admissible in court. For this reason, GTL Australia strongly advocates that their NATA Accredited DNA Paternity Test is used for all legal related matters. The process for undertaking this test is thorough, requiring a legal sign off by a Justice of the Peace and a medical professional to ensure it meets the requirements for the courts. 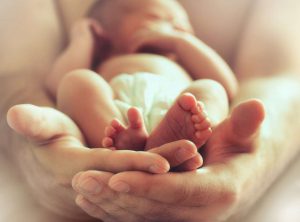 ‘I’d previously taken GTL’s Home Paternity Test after the birth of my son, as I had some concerns about my partner’s fidelity. Everything came back in my favour which put my mind at ease, and I thought it would be useful to keep as proof of paternity.
However, when our relationship eventually broke down, I wanted to fight for greater custody of my son. His mother had some negative influences in her life which I was not happy about, and I wanted to provide him with the best possible childhood. This led to legal proceedings where I soon realised that the Home Paternity Test was not legally binding. With the hurtful claims of “He’s not your son.” “He’s not yours,” used against me in court, I again approached GTL Australia again to undertake the NATA Accredited DNA Paternity Test, the only test legally binding by Australian courts.

From the minute I requested the NATA accredited paternity test, they were professional, easy to deal with and discrete. Their results arrived in time to support my court case, and revealed that my son was 99% biologically mine, a perfect result that I always knew in my heart was true.’ 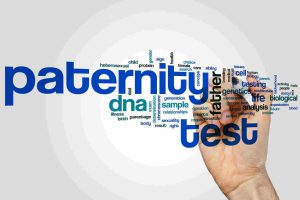 Ensuring that you choose the right test from GTL Australia for your particular paternity issue can lay to rest any concerns or questions you may have, and save you from extended legal processes. Above all, confirming your paternity will alleviate the huge emotional burden that is associated with relationship breakdowns where children are involved.

Be Breast in Show this October! Help Fight Bowel Cancer with your Facial Fuzz and a DNA Analysis.

Be Breast in Show this October!

Take leaps and bounds to a healthier you!

Minds at ease – Screen for disease.